Get Free Job Alert For This Search By Email. It Only Takes A Few Seconds. "Subscribe Now" 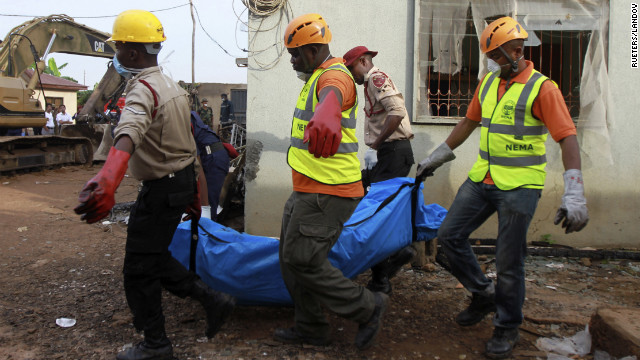 Washington (CNN) — A Nigerian man whose wife was among 153 people killed Sunday when an MD-83 aircraft crashed in Lagos, Nigeria, has filed suit against the manufacturer of the plane and its engines, and against the estate of the American who was piloting the aircraft.

In a 56-page lawsuit, David Chukwunonso Allison alleges that the plane and its engines were defective and “unreasonably dangerous,” leading to the death of his wife of two years, Joy Allison.
The lawsuit, filed in the U.S. District Court for the Northern District of Illinois, names the Boeing Co. and its subsidiary, McDonnell Douglas Corp., as well as engine manufacturer Pratt & Whitney Canada Corp. and United Technologies Corp. It also names the estate of Peter Waxtan of Fort Lauderdale, Florida, the pilot of the plane.
Dana Air Flight 992 slammed into a two-story apartment building in Lagos’ Iju-Ishaga district, killing all 153 people on board and at least 10 people on the ground. Nine Americans were among those killed, the U.S. State Department said.

Lagos witness: ‘Plane was still burning’
At a news conference Thursday in Lagos, Dana Air CEO Jacky Hathiramani said, “There are absolutely no words to accurately express our grief and sorrow over this tragedy. Our thoughts and prayers remain with the families and friends of the departed, the Iju-Ishaga community and all Nigerians in this difficult time. We will continue to do our best to assist them in every way possible.”
Pratt & Whitney said it wouldn’t comment amid an ongoing investigation but “is cooperating fully with investigating authorities.”
“We are deeply saddened by the lives lost in the recent Dana Airlines incident. Our thoughts and prayers are with the families and friends of all those involved in this incident,” the company said in a statement.
On the plane’s final approach to Murtala Muhammed International Airport on Sunday, Waxtan issued a mayday call, saying the plane’s two engines had failed. A National Transportation Safety Board investigator is assisting Nigerian officials to determine the cause of the crash. Such investigations typically take about a year.
While acknowledging that it is not yet known if the pilot, the aircraft, or some other factor was to blame, Allison’s attorney Gary Robb said it was essential to file suit early so he could seek to have his investigators — which include a former NTSB investigator — inspect wreckage at the scene, and to place the case at the beginning of the lawsuits. Cases are heard in the order they are filed, Robb said, and David Allison “didn’t want to be No.153; he wanted to be No.1,” Robb said.
“Ultimately, it may turn out that the pilot did everything possible and was not at fault. But these are things that the court system is charged with finding out,” Robb said. “What we do know with absolute certainty is that Joy Allison, David’s wife, was not a fault.”
The suit seeks unspecified damages and requests a jury trial.
Robb said Joy Allison worked for the Federal Express licensed office in Lagos, and her husband was with the Nigerian Brewing Co., which distributes Heineken beer products.
APPLY AS A SKILLED WORKER IN CANADA RECRUITMENT

Jobs and similar opportunities like this are listed daily on our platforms, and as such, it is important to take due advantage of that.