ANSU shuts down indefinitely, Read Why

Millions of people are searching for jobs, salary information, company reviews, and interview questions. Be the first to receive the latest job updates via your mail. Click "Subscribe Now" 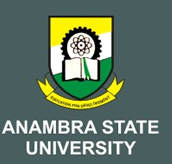 Last week, it was all over the media that a spillover student of Chukwuemeka Odumegwu Ojukwu University, formerly Anambra State University was tortured to death by the school’s anti-cult for allegedly stealing a mobile phone.

Unlike what was widely reported, the late victim, Ndirika Michael was a graduate of Mechanical Engineering, who came back for clearance.
According to different students of the University I interviewed, the student was said to be a cultist during his days at ANSU, and the Anti-cult have been looking for him for so long.

When they heard that he is around, they captured him and he died while being tortured by them. The late victim never stole a phone, he even uses an iphone 6.

The Vice Chancellor of the University, Prof. Fidelis Okafor however, said that the student wasn’t killed by the Anti-cult, but he was killed by rival cult groups, that he died when the Anti-cult came to rescue him.

this further angered the students, especially cult boys, who used the leverage that one of their own has been killed, to destroy properties worth millions of naira.

The vice Chancellor later gave a directive that the school be shut down indefinitely.

How To Get Latest Job Recruitment update & other Opportunities

Jobs are listed daily on our platforms, and as such, it is important to take due advantage of that.

REMEMBER: Unless specified, we are not in anyway affiliated with any of the companies or organizations listed on our website. We will never ask you for money and as such, never pay money or give your banking details to any individual in exchange for employment.