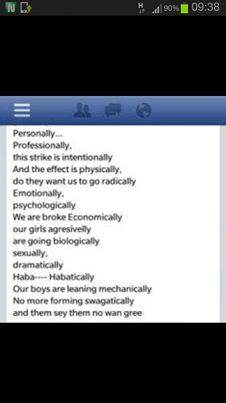 Special notification to all concerned candidates of the Akwa State Polytechnic, be informed that the 2013/2014 1st provisional admission list for the Akwapoly for candidates into degrees have been released….

For all concerned candidates, be informed that the Federal University Of Technology Akure is inviting application from suitable qualified candidates who are yet to be proffered admission into the school’s…

2013/2014 iQube Innovation Challenge – Win N5Million Now iQube – In recent years, there has been increased emphasis on the need for young Nigerians to develop entrepreneurial skills. Many public…

The Academic Staff Union of Polytechnics on Saturday announced that it had resolved to resume its suspended nationwide strike on Friday, following failure of the Federal Government to fulfil its…

Be informed that the Imo State University has officially released their 2013/2014 first batch IMSU admission list. This list is also know as the merit list of successful candidates from…